A brief interlude in our ‘Followership View of Servant Leadership‘ series….

I’ve lived in Wales for 7 years (as of last week!); my daughter was born here, but I’ve dabbled only very lightly in the Welsh language (Croeso! Bore da! Diolch yn fawr!)*. However, I recently began to explore the culture a bit more by beginning to read a classic collection of Welsh myths and folktales entitled The Mabinogion.

In my consideration of followership, I am well-aware of the cross-cultural realities that make leadership and followership look differently in various global contexts; I dedicate Chapter 10 of my book to touching on these truths in hopes that we might all be able to set appropriate expectations and practices as we lead and follow across diverse ethnicities, worldviews, and communication styles.

Despite the importance of the differences, I love it when there are universal truths and wisdom that emerge, sound practices and perspectives relevant across time, space, and scenario. 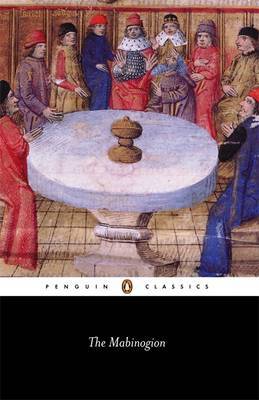 In one of the tales of The Mabinogion, a war party is crossing over from Wales to Ireland (to avenge a kidnapping). The group comes across a large river and wonder how they will get across to continue their journey.

The king, somewhat of a giant in physical stature, replies: “He who would be a chief must be a bridge.”

He then proceeds to lay himself down across the river and the company crosses over on his back.

Consider: an able-bodied giant warrior king could likely have hopped over the river by himself…and left his party behind. He could have gone on, alone, perhaps leading so far out front that he wasn’t even aware that the rest of the group was stuck back on the riverbank while he trudged on, single-minded on attaining his goal of vengeance.

But he didn’t. He laid himself down, in humility, in service, in the cold, wet mud (it’s Ireland after all!). In so doing, all his followers were able to continue following, and to make their contribution to the group endeavor, rather than being left behind.

This tale is not unique to the Welsh. Some would describe Jesus Christ as fulfilling a similar role, laying Himself down upon the cross to fill in the gap of sin and judgment that separates humanity from God, but I find the Welsh king’s statement to be poignant.

He who would be a chief must be a bridge.

This fits well with my current reading of Robert Greenleaf’s book Servant Leadership; the notion of a leader serving and enabling his followers so that they can be more effective fits well within his message, and with my own perspective on the role and purpose of leadership (see Part 6 of Embracing Followership).

In leadership, keeping in mind the current status, needs, limitations, and obstacles faced by followers will enable us to discover opportunities to exert influence and employ our abilities in order to alleviate some of those challenges so that followers can be effective in their tasks and roles. We can be the bridge (or part of it) that moves from a place of stuck to success.

But that kind of contribution isn’t limited to leaders. While those in formal leadership roles may have a scope of awareness or responsibility that informs them about such needs, and they may have unique access to resources (financial, material, relational, etc.) that enable them to take effective action, I would urge that any group member can serve in such ways, if given the chance (invited in) and if in possession of useful attributes that apply to the situation.

He who would be a participant must be a bridge.

We are all—leaders and followers alike—part of the network of support for each other, committed to our common purpose and making our contributions so that the whole endeavor can be successful.

As followers, this means that we should be on the lookout for rivers that need crossing, aware of who’s stuck on the other side. And, we should be open when asked or informed about such needs by our leader. Even if it might not fall 100% within our job description or realm of responsibility (“that’s not my problem!”), we should be ready and willing to apply our talents and throw ourselves into the mud to bridge those gaps so that the entire group can keep moving forward, together.

I won’t tell you the outcome of the Welsh raiding party’s foray into Ireland (though I am somewhat still celebrating Wales’ Grand Slam victory over Ireland in this year’s 6 Nations Rugby tournament!), but beyond the outcome of the effort, the leadership and service (which are one-and-the-same) exhibited in this story is encouraging and instructive…even in our (my) modern context of speed, productivity, every-man-for-himself, pull-yourself-up-by-your-own-bootstraps (is that even a contemporary image?), and proving your own individual value and ability.

Instead, be a bridge. Or at least be part of building one.

*Translation of the Welsh phrases: “Welcome! Good morning! Thanks very much!”

Embracing Followership: How to Thrive in a Leader-Centric Culture (by Allen Hamlin Jr; Feb 2016), and  A Discussion Guide for Teams & Small Groups (Dec 2017) —

along with our variety of free downloadable resources and the index of other posts on this site.

“Allen Hamlin writes on followership with an elevating language that imbues this form of relationship with service, grace, and individuality. A very welcome addition to the growing literature on followership.”

“Concepts from Embracing Followership truly have embedded in the way we think as a small administrative/support team (5 people). We actually have adopted the ‘ripe banana’ concept [Chapter 6] as a team and added an image of a ripe banana amidst green bananas on the top of our team meeting agenda template – it is … END_OF_DOCUMENT_TOKEN_TO_BE_REPLACED

“Hamlin illustrates the book with personal stories and plenty of quotes. He provides a comprehensive and critical reading of the literature, mindful of dynamics and opportunities for good followership…. Hamlin’s context is the not-for-profit world, but his message is broadly applicable for non-profits, churches and businesses. Followers will find plenty of food for thought on how … END_OF_DOCUMENT_TOKEN_TO_BE_REPLACED

“Immediately after reading the introduction to the book, I knew I was in for a treat, and that this book would really help me in where I’m currently working…. This book was written not merely to inform the follower, but to equip him as well…. This book intends to be comprehensive in nature, addressing how the follower … END_OF_DOCUMENT_TOKEN_TO_BE_REPLACED